Do you take yourself too seriously? 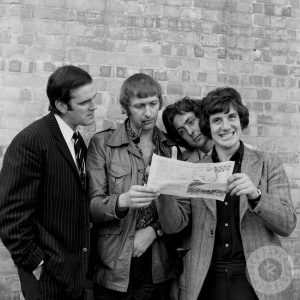 “Sweat and laugh each day, that’s what keeps us healthy happy and whole!” (Yogi Bhajan)

Humor promotes the wellbeing of organizations: this has been shown by many studies and researches in the management and psychology field, and is definitely confirmed by our everyday experience.

There are various kinds of humor. You can joke about a particular event or person, making fun of their mannerisms and character (as in the impersonation of politicians and personalities). You can joke about society as a whole, as Voltaire did with his social irony.

In interpersonal relationships, humor is at once communication and meta-communication: for example, when telling a joke, the tone of voice and body language are used to switch on the joking mindset in the listener: these are communication aspects that go beyond the mere transmission of a message and expand the persuasion capacity of that message.

When used skillfully in the workplace, they help us to involve people emotionally, leading them to consider what we have to say more carefully.

On the other hand, humor can also be used to put someone in a corner, trapping them in what psychologists refer to as communication paradox.

This is famously illustrated by the Freud and the Gestapo episode, in which the father of psychoanalysis was able to outwit high Nazi officials through the use of sarcasm.

In short, the officials told Freud that they would agree to provide him with a visa out of Austria on condition that he sign a document stating that Nazi authorities had treated him with all due respect.  Their goal was to use the scientist’s international fame as a sort of propaganda. This posed quite a dilemma: he wanted to leave but had no intention of endorsing Nazi massacres in any way.  He came up with a brilliant way out through a paradox, which was to ask for their permission to add to the statement the following sentence “I can heartily recommend the Gestapo to anyone”.  How could they turn down this additional commendation?

How can humor help in the exercise of leadership?

“If the people around you can’t tell you in the face what they think, you are not a real leader”.

Benefits of humor in the workplace

Romero and Cruthirds, summarize the benefits of humor in the workplace as follows:

In short, if you want to work better, feel good with your colleagues, become more effective and guide your group successfully, don’t take yourself too seriously!