Sitting is the new smoking: how prolonged sitting makes you forgetful 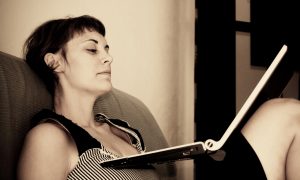 A sedentary lifestyle can speed up the rate at which the brain’s activity is impoverished, according to scientists in a study recently published in Plos One.

Magnetic resonance imaging revealed thinning of the medial temporal lobe (MLT), which amongst other things, is responsible for long-term memory.

In short, academics are warning that

Sitting is the new smoking

where general health is concerned.

The reasons behind the study reside in the fact that as yet, little is known about the relationship between sedentary behaviours and the risk of dementia. This is in stark contrast with the enormous amount of documentation concerning the benefits of physical activity. Amongst others, this study concerns the prevention of Alzheimer’s, and generally safeguarding our brain’s structure over the course of the years.

35 adults (25 women and 10 men) of no less than 45 years of age were chosen for the study. Those selected did not suffer from any depression or anxiety-related disorders; nor was any form of dementia found.

The results of the study seem to speak clearly: it actually seems there is a very marked correlation between working seated for long periods and reduced thickness of the MLT. Avoiding prolonged sitting might therefore increase brain capacity in middle-age adults, as well as preventing dysfunctions such as a high glycaemic index.

The topic is a relevant one: we all spend a lot of time in front of computers, which – luckily and yet unfortunately – allow us to work, communicate and buy goods and services without even getting off the sofa.

This is a preliminary study: further analyses will need to be conducted, not least to determine whether the type of activity we conduct when seated has any bearing: in fact, there is a great difference between remaining seated whilst we look at a screen in a relatively passive manner, and doing a crossword or reading a book, activities which stimulate the brain more.

Yet broadly speaking, an inactive body corresponds with an inactive, relatively inflexible mind: try following the suggestions given by Susanna Cesarini, a member of the Y-C team, who has posted some tips on this topic on the Guryou blog.

About the Author: Alessia Tanzi