Stress and burn-out: where is the threshold? 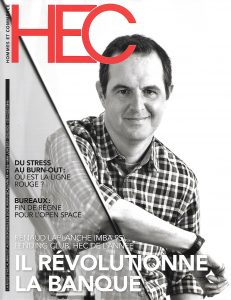 We found a very interesting and accurate inquiry on Burn Out on the HEC Alumni Magazine, Hommes et Commerce # 366 – Mai-Juin 2015 (www.hecalumni.fr).

Burn Out cases are unfortunately growing but the phenomenon is often dealt with as a taboo subject within companies.

Still, the event is not new, the word was first used by Dr. Herbert Freudenberger in the Seventies, referred to the employees from the Health sector.

Still, the experts interviewed by the French business magazine say that “it’s really dangerous and can hit the most experienced“. It can take more than one year to get out of it and it is really invalidating for the person, though it is often underestimated before it happens.  In France, 24% of managers declare to feel the risk of burn-out

What are the signals?

It is advisable to start acting when you look in the person:

Of course, in this case, we must turn to facilities and physicians/psychiatrists specializing in phenomena such as the Burn Out.

Thanks to working on awareness and/or actively working on prevention, it is not necessary to get to that point to deal with it.

There are several ways to act on prevention, including of course Yoga and Meditation and all the means to act for their own well-being and personal and professional effectiveness.