Workaholism: the new addiction of our times

I was early taught to work as well as play. My life has been one long, happy holiday. Full of work and full of play. I dropped the worry on the way. And God was good to me every day. (John D. Rockefeller) 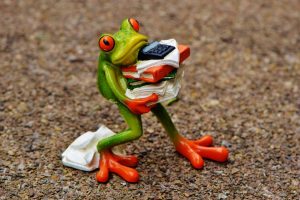 The term workaholism was first coined in 1971 by psychologist William Oates. It refers to individuals with a strong dependence on their work, which we might also term compulsive workers.

Those suffering from workaholic syndrome work well beyond normal office hours and during weekends; in the little free time they allow themselves, they have trouble relaxing, as if they cannot manage to “switch off”: part of their mind is still back in the office.

It is a fully-fledged addiction, albeit not of the usual kind. The object in question here is work, an activity that ennobles man, providing an economic and psychological means of support (after all, who doesn’t want to feel useful?) which is part of the individual’s identity.

Working excessively does not in itself deviate from society’s rules, as is the case with alcohol and drug abuse, or gambling. On the contrary, hard workers often enjoy a good status, particularly in the companies where they work.

Workaholism (or work addiction) is still being studied by the scientific community: it has recently been included in the list of new addictions, along with overuse of smartphones by young people, by way of example.

Recent research conducted by Bologna University in conjunction with Trento University has drawn a number of conclusions, based on two studies conducted on different sample groups of workers.

It is hard to establish to what extent factors inside and outside the person play a greater or lesser role in the onset of workaholism: broadly speaking, there appear to be the following psychological tendencies in the individuals concerned:

Lately, however, the role of the businesses where people work has also come under scrutiny.

There are in fact excellent reasons for being a work addict: increased salary and reputation, promotions, and so on.

In some extreme cases, it is the company itself that becomes the main culprit: in Japan, the workaholism phenomenon is far more familiar than here, and has taken on a more dramatic connotation: it is known as karoshi, which means “death by overworking”.

It became widespread in Japan prior to 2000, in a period when redundancies throughout the country were rife: those who kept their jobs were subjected to excessive workloads, which were impossible to manage. As a result of the Japanese philosophy and work ethic, this led to a large number of suicides.

It became so widespread that the government was prompted to draft appropriate legislation: in the event of death, the family of the victim would receive cash compensation, for the most part paid out by the company, whilst a small part was paid by the government itself.

There are also other external factors in modern times, which have no doubt helped this condition to spread:

Workaholism: symptoms and Identikit of the workaholic

The first myth to debunk is that you are a compulsive worker because you love your job.

Workaholics are not driven by a healthy passion. Instead, a certain resentment towards their work can be observed.

Some academics have accordingly suggested a clear-cut distinction between two types of hard workers, adopted by the researchers of Bologna University:

Some interesting gender studies have been conducted in this field. They have overturned the belief that men are more likely to suffer from this addiction as they are more dedicated to their jobs, whilst women focus more on looking after the family and kids.

Today, this pattern no longer exists: in fact women experience unique tension in attempting to strike a balance between work and private life. Men do not experience this tension, as they are still firmly rooted to a model in which their main role is their working life.

So whilst it is true that men and women are equally at risk of becoming workaholics, it is also true that women are most likely to suffer negative physical and psychological effects.

In-depth analyses have been conducted into the consequences on the health of workaholics:

All these symptoms find a very simple explanation: when people have worked too much, it is perfectly normal for them to feel tired. The only thing needed is rest. But if work and rest merge into one another, these complications can rear their heads: we do not have unlimited resources, and carrying on working without a break for long periods is like trying to drive a car without fuel, or using a computer with a flat battery: it just doesn’t work!

Workaholism: how can we recover?

To understand the problem of work dependence in full and learn how to treat it, we need to examine the very concept of addiction. We discussed this with Alvaro Gafaro Barrera, an executive coaching expert who has extensive experience in working with dependency-prone personalities, starting from drug addiction.

Alvaro explained that human beings are dependence-prone by nature: they are amongst the weakest of all mammals when born, so it is natural for them to develop forms of dependency (on the family, for example), without which they cannot survive. As we grow, we develop greater awareness of ourselves and our individual identity and embark on a process of independence which can, at times, lead us to renege our previous state (“counter-dependence”).

The right balance between these two conditions is interdependence: developing an awareness that our wellbeing calls for interdependence with other people, and the ability to interact freely with others.

Interdependence is the healthiest way to experience life in a company, and it is the objective which the company should set itself as a priority.

Work addicts are at odds with the very definition of interdependence: they tend to cut themselves off from the rest of the group and be irritable, perfectionist and persnickety: they think they cannot count on others, only on themselves.

It is important then for companies and organizations to provide the right information. This particularly involves the managerial sector, which is the area most affected (as is that of the self-employed as a whole).

Even if they are not working addicts themselves, managers often promote a culture of workaholism in their sector.

They contribute to creating a “workaholism culture” where the workaholic tendencies of individuals may be considered functional (Christian Balducci – Unibo, Lorenzo Avanzi, Franco Fraccaroli -Unitn)

Personnel Managers also share some of the responsibility, and should “spot” these mechanisms and correct them.

The study quoted in this article puts forward a number of solutions to the problem: these range from individual cognitive therapy to practicing recreational activities such as sport during free time.

Solutions such as managerial training and company coaching can prove useful in placing the individual on an effective healing path.

Guided meditation and yoga courses in the workplace are increasingly being taken into consideration and adopted. They are undoubtedly beneficial for users, but they also reveal the interest companies are displaying in the wellbeing of staff members.

We can see them as different universes within the environmental ecosystem. In order to get rid of an addiction, considerable self-awareness is needed. These places give us the chance to find ourselves again by interrupting the working routine of the work addict, if only just for a few minutes.